The University Regent Apartments designed in 1964 is part of the North University Park Specific Plan, a designated historic district. The 32 unit apartment building has been converted to student housing and our project included a full renovation of the units’ kitchens and bathrooms as well as facade rehabilitation with window replacement. Final designs were subject to approval by the governing district Board and the City of Los Angeles Office Historic Resources. We developed a variety of design approaches for the front facade to enhance its appearance as a modern building in a neighborhood of early 20th century traditional homes and apartments. 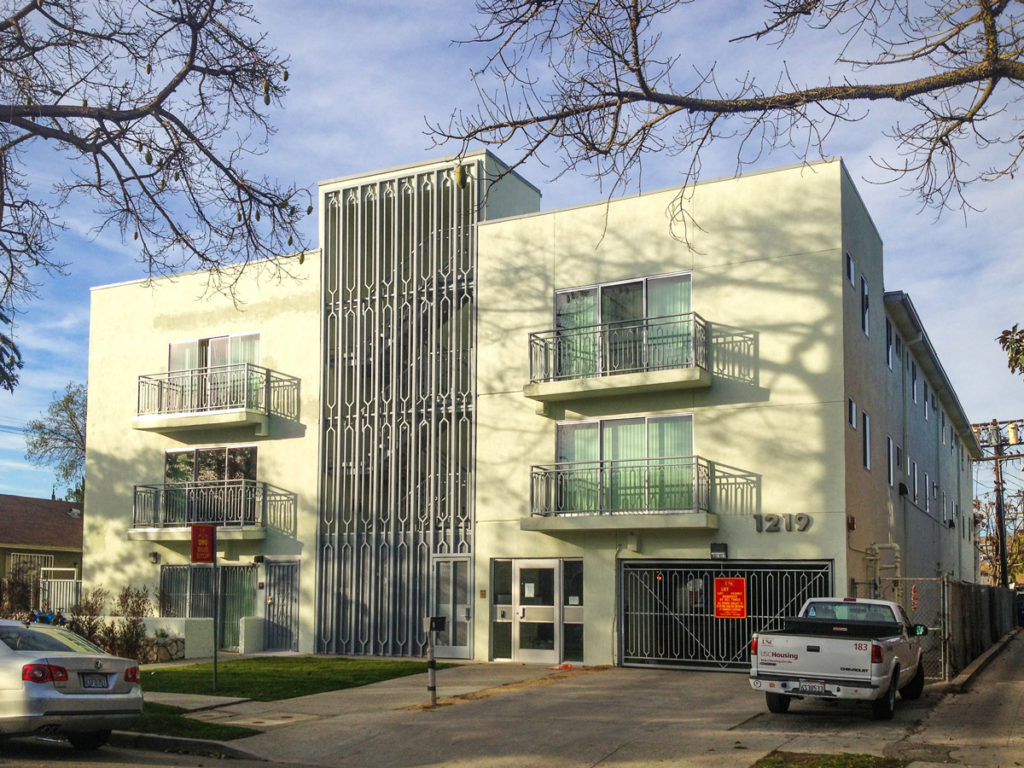 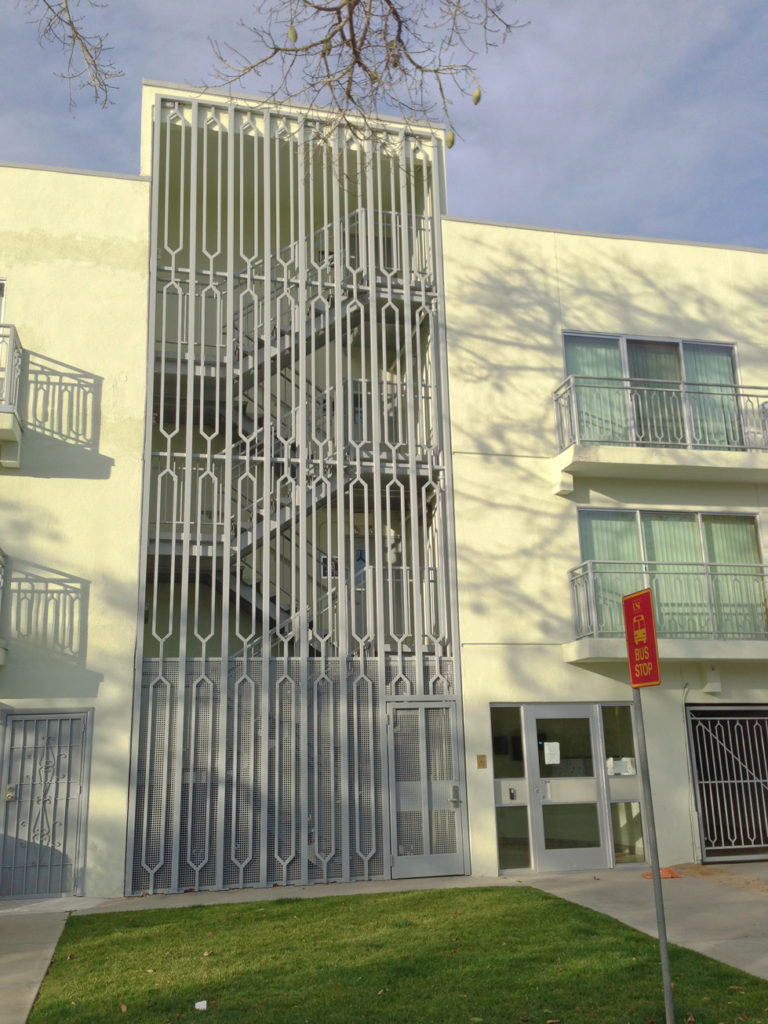 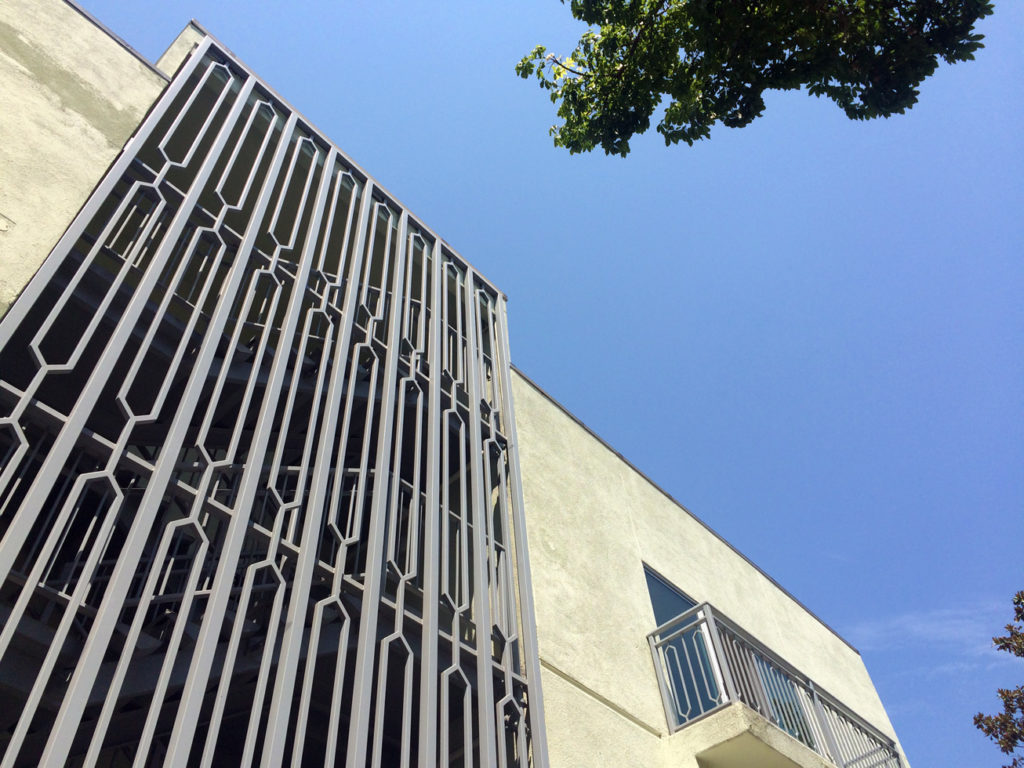 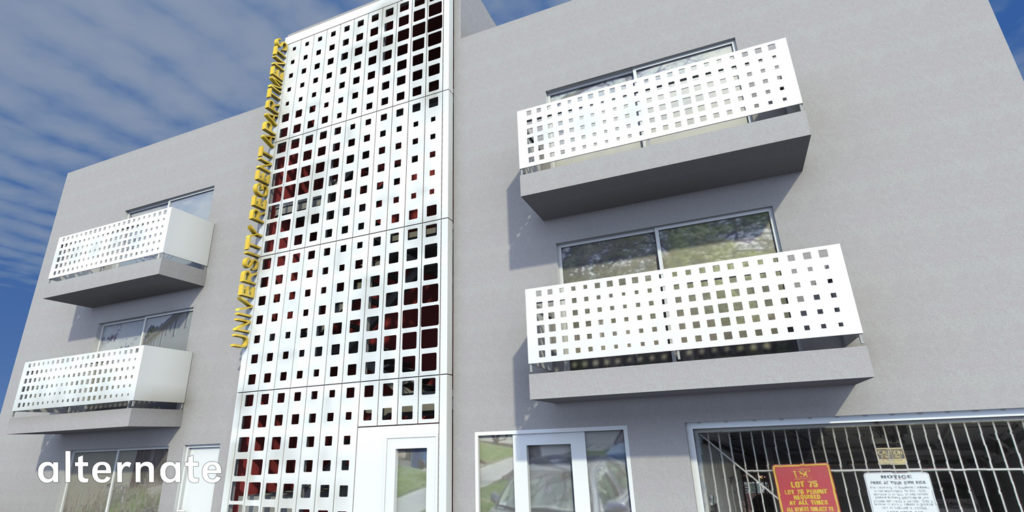 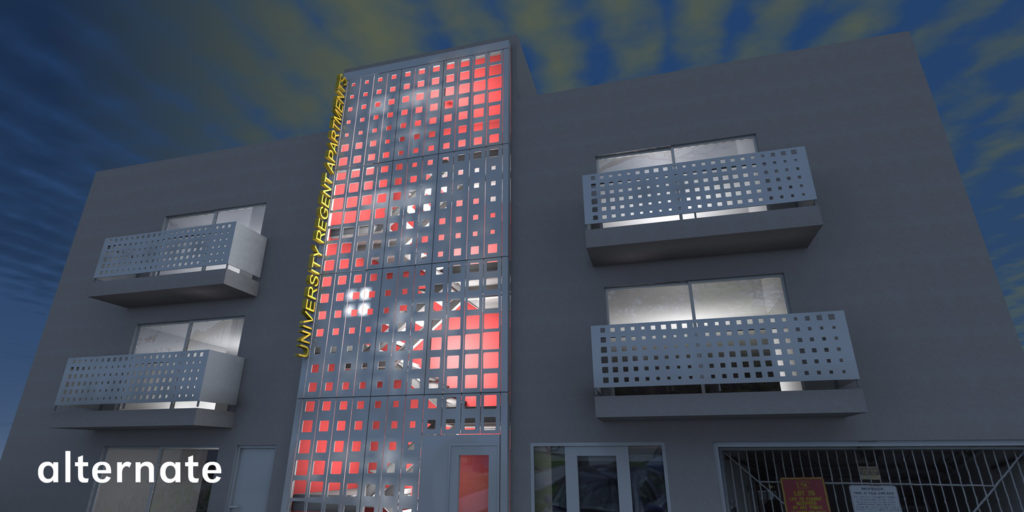 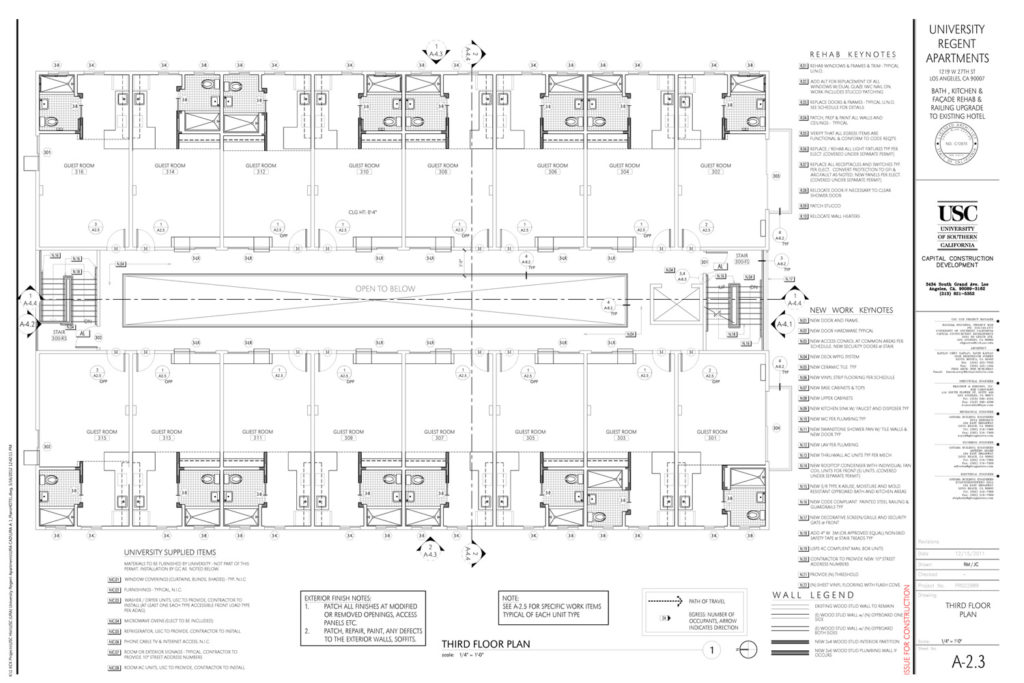